It’s a war out there and you are not alone. You have a team of people on your side who will help you win the battle of mounting workloads and pressing deadlines – if, you ask them.

If you do it alone, you will eventually lose the war. You might win a few battles by working late and long hours, but eventually you will run out of steam and the workload will overwhelm you.

Three signs that you are fighting the battle alone are:

Your team members are ready and in position to help you fight the war on workload and deadlines – engage them through effective delegation. The 2-Way Delegation app has tips for winning through delegation. Download it, interact with it, and engage your team. 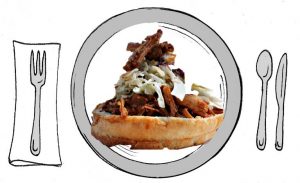 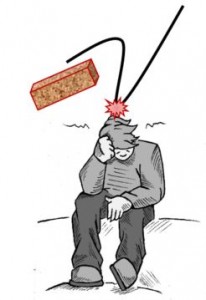 The brick is the truth and the hard place is the ability to get the truth.

It hits you like a ton of bricks: What people tell you might not be what you need to hear to get better at something, to be successful in your career, to fix a mistake, to make a better decision, or to effectively solve a problem.

The more we are in a position to influence someone else’s career, status, or reputation, the less likely we are to be given constructive feedback.

However, there are ways to increase the chances of obtaining feedback that is constructive.

Example: Would you tell me one thing I could do in meetings to get more participation?

If you want feedback about how you are delegating work to others, the 2-Way Delegation app is an excellent tool. It has an in-app feedback system that sends an email requesting feedback about what to stop, start, and continue when delegating work or completing delegated work. You will find this app in the App Store or Google Play.